Ask just about anyone how many senses a normal human has and the immediate answer will be five: sight, hearing, taste, smell and touch. By the way, I always manage to forget that last one for some reason! 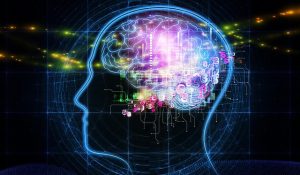 The oldest mention of this particular list goes all the way back to the Hindu Katha Upanashad written in the 6th century BCE. Even Shakespeare mentions them as the ‘five wits’ in King Lear! But a lot has happened since way back when. The entire idea of ‘scientific research’ came into its own, and now there are a whole lot of other human senses that have been added to the classical mix we learn in grade school.

Sense Number Six: You can detect heat and the temperature of any object you touch or are placed close to. Your skin has thousands of little ‘receptors’ that individually detect the attributes of cold and warm.

Sense Number Seven: You can detect whether you are standing upright or lying down through the balance receptors in your inner ear, which are hollow loops filled with liquid. The movement of this liquid in each loop is sensed by neurons and tells the brain your head’s position in 3-dimensions.

Sense Number Eight: Pain is a sense that is not just the overloading of touch or pressure receptors in the skin. In fact we have three different groups of pain receptors that signal internal organ damage, external skin damage, or damage to our bones and joints.

Sense Number Nine: Another overlooked sense is proprioception: the ability for you to sense the orientation of your body and limbs in 3-dimensional space. Without this very important sense, you would not be able to walk, jump, dance, type at your keyboard, or a thousand other activities that make up your life.

Sense Number Ten: Chemoreception is the ability of your body to detect changes in the foods you eat, and signal the body to reject that food if it fails to pass certain internal tests. This sense can cause your stomach to contract, cause you to vomit, and cause changes in your vascular system,: ‘OMG I just ate rotten fish!’

Sense Number Eleven: Although not a specific cellular feature of the nervous system, every normal human has a perception of their place in time. Part of this is our 24-hour circadian rhythm, but through brain activity, we have a timing sense that allows us to sing, dance and play a musical instrument correctly. It also helps us locate ourselves in the present moment within our accumulated memories.

Sense Number Twelve: Outside versus inside. We have a unique sense of where our body ends and where the outside world begins. Without this, we would identify every sensory stimulus as originating within our body, and that our body has grown to encompass the entire physical world ‘outside’. More on this later!

Sense Number Thirteen: Friend versus Foe. Our cells have proteins on their surfaces that identify to our immune systems whether a cell is part of our own body, or is a foreign interloper.

If you think this range of senses covers all of the biological possibilities, there are many more senses that some animals have, and perhaps we also do at some very, very low level.

The earliest known senses were developed by single cells to detect changes in various chemical concentrations in water – a potential food source. But by far the oldest sense among complicated organisms is vision. This particular sensory skill has been re-invented literally hundreds of times by evolution across millions of different organisms.

So there you have it. Senses are a brain’s way of detecting an organism’s place and situation in the physical world. Amazingly enough, human brains do not take-in all of the information generated by our senses. If it did, we would be in a near-constant state of epilepsy! So what our brains do is to actively suppress most of the sensory information our receptors generate before it even reaches our consciousness. In fact, if you were to look at the neural activity of the brain, far more neurons are devoted to the brain talking to itself, than checking on what’s happening in the outside world!

So what does the brain do with all of this information?

That will be the topic of my next blog!

Check back here on Friday, November 25 for the next installment! 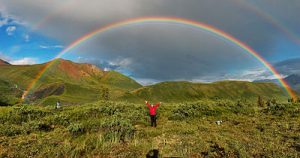 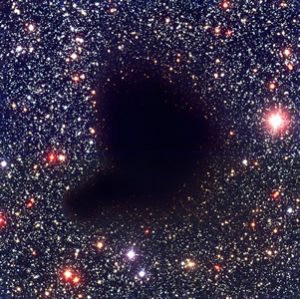