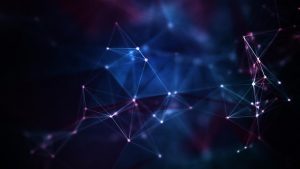 After writing thirteen essays about space, I completely forgot to wrap up the whole discussion with some thoughts about the Big Picture! If you follow the links in this essay you will come to the essay where I explained the idea in more detail!

Why did I start these essays with so much talk about brain research? Well, it is the brain, after all, that tries to create ideas about what you are seeing based on what the senses are telling it. The crazy thing is that what the brain does with sensory information is pretty bizarre when you follow the stimuli all the way to consciousness. In fact, when you look at all the synaptic connections in the brain, only a small number have anything to do with sensory inputs. It’s as though you could literally pluck the brain out of the body and it would hardly realize it needed sensory information to keep it happy. It spends most of its time ‘taking’ to itself.

The whole idea of space really seems to be a means of representing the world to the brain to help it sort out the rules it needs to survive and reproduce. The most important rule is that of cause-and-effect or ‘If A happens then B will follow’. This also forms the hardcore basis of logic and mathematical reasoning!
But scientifically, we know that space and time are not just some illusion because objectively they seem to be the very hard currency through which the universe represents sensory stimuli to us. How we place ourselves in space and time is an interesting issue in itself. We can use our logic and observations to work out the many rules that the universe runs by that involve the free parameters of time and space. But when we take a deep dive into how our brains work and interfaces with the world outside our synapses, we come across something amazing.

The brain needs to keep track of what is inside the body, called the Self, and what is outside the body. If it can’t do this infallibly, it cannot keep track of what factors are controlling its survival, and what factors are solely related to its internal world of thoughts, feelings, and imaginary scenarios. This cannot be just a feature of human brains, but has to also be something that many other creatures also have at some rudimentary level so that they too can function in the external world with its many hazards. In our case, this brain feature is present as an actual physical area in the cerebral cortex. When it is active and stimulated, we have a clear and distinct perception of our body and its relation to space. We can use this to control our muscles, orient ourselves properly in space, walk and perform many other skills that require a keen perception of this outside world. Amazingly, when you remove the activity in this area through drugs or meditation, you can no longer locate yourself in space and this leads to the feeling that your body is ‘one’ with the world, your Self has vanished, and in other cases you experience the complete dislocation of the Self from the body, which you experience as Out of Body travel.

What does this have to do with space in the real world? Well, over millions of years of evolution, we have made up many rules about space and how to operate within it, but then Einstein gave us relativity, and this showed that space and time are much more plastic than any of the rules we internalized over the millennia. But it is the rules and concepts of relativity that make up our external world, not the approximate ‘common sense’ ideas we all carry around with us. Our internal rules about space and time were never designed to give us an accurate internal portrayal of moving near the speed of light, or functioning in regions of the outside world close to large masses that distort space.

But now that we have a scientific way of coming up with even more rules about space and time, we discover that our own logical reasoning wants to paint an even larger picture of what is going on and is happy to do so without bothering too much with actual (sensory) data. We have developed for other reasons a sense of artistry, beauty and aesthetics that, when applied to mathematics and physics, has taken us into the realm of unifying our rules about the outside world so that there are fewer and fewer of them. This passion for simplification and unification has led to many discoveries about the outside world that, miraculously, can be verified to be actual objective facts of this world.

Along this road to simplifying physics, even the foundations of space and time become players in the scenery rather than aloof partners on a stage. This is what we are struggling with today in physics. If you make space and time players in the play, the stage itself vanishes and has to somehow be re-created through the actions of the actors themselves .THAT is what quantum gravity hopes to do, whether you call the mathematics Loop Quantum Gravity or String Theory. This also leads to one of the most challenging concepts in all of physics…and philosophy.

These questions are the ones I have spent my entire adult life trying to comprehend and share with non-scientists, and they lead straight into the arms of the concept of emergent structures: The idea that elements of nature come together in ways that create new objects that have no resemblance to the ingredients, such as evolution emerging from chemistry, or mind emerging from elementary synaptic discharges. Apparently, time and space may emerge from ingredients still more primitive, that may have nothing to do with either time or space!

You have to admit, these ideas certainly make for interesting stories at the campfire!

Check back here on Monday, December 26 for the start of a new series of blogs on diverse topics!