Looking beyond our first journeys to Mars in the 2030s, and perhaps setting up outposts there in the 2040s, a frequently-mentioned plan for commercialization of space often brings up the prospects of interplanetary mining. A bit of careful thought can define the prospects and successes for such a venture if we are willing to confront them honestly.

The biggest challenge is that the inner solar system out to the asteroid belt is vastly different than the outer solar system from Jupiter to the distant Kuiper Belt. It is as though they occupy two completely separate universes, and for all intents and purposes, they do!

The inner solar system is all about rocky materials, either on accessible planetary surfaces and their moons, or in the form of asteroids like this photo of asteroid Vesta. We have studied a representative sample of them and they are rich in metals, silicates and carbon-water compounds. Lots of fantastic raw materials here for creating habitats, building high-tech industries, and synthesizing food. 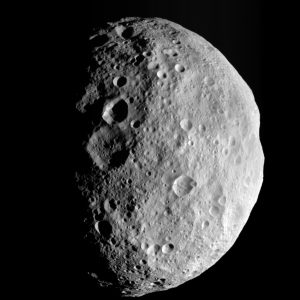 Humans tend to ‘follow the water’ and we know that the polar regions of Mercury and the Moon have water-ice locked away in permanently shadowed craters under the regolith. Mars is filthy rich with water-ice, which forms the permanent core of its polar caps, and probably exists below the surface in the ancient ocean basins of the Northern Hemisphere. Many asteroids in the outer belt are also rich in water, as are the occasional cometary bodies that pass through our neighborhood dozens of times a year.

The inner solar system is also compressed in space. Typical closest distances between its four planets can be about 30 million miles, so the technological requirements for interplanetary travel are not so bad. Over the decades, we have launched about 50 spacecraft to inner solar system destinations for a modest sum of money and rocketry skill.

The outer solar system is quite another matter.

Just to get there we have to travel over 500 million miles to reach Jupiter…ten times the distance to Mars when closest to Earth. The distances between destinations in the outer solar system are close to one billion miles! We have sent ten spacecraft to study these destinations. You cannot land on any of the planets there, only their moons. Even so, many of these moons (e.g those near Jupiter) are inaccessible to humans due the intense radiation belts of their planets.

The most difficult truth to deal with in the outer solar system is the quality of the resources we will find there. It is quite clear from astronomical studies and spacecraft visits that the easiest accessible resources are various forms of water and methane ice. What little rocky material there is, is typically buried under hundreds of kilometers of ice, like Saturn’s moon Enceladus shown here, or at the cores of the massive planets. The concept of mining in the outer solar system is one of recovering ice, which has limited utility for fabricating habitats or being used as fuel and reaction mass. 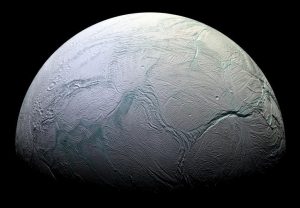 Astronomically speaking, we will have much to occupy ourselves in developing the inner solar system for human access and commercialization, but there is a big caveat. Mined resources cannot be brought back to Earth no matter how desirable the gold, platinum and diamonds might be that are uncovered. The overhead costs to mine and ship these desirable resources is so high that they will never be able to compete with similar resources mined on Earth. Like they say about Las Vegas, ‘what is mined in space, stays in space’. Whatever resources we mine will be utilized to serve the needs of habitats on Mars and elsewhere, where the mining costs are just part of the high-cost bill for having humans in space in the first place.

The good news, however, is that the outer solar system will be the playground for scientific research, and who knows, perhaps even tourism. The same commercial pressures that will drive rocket system technology to get us to Mars in 150 days, will force these trips to take months, then weeks, then days. Once we can get to Mars in a week or less, we can get to Pluto in a handful of months, not the current ten-year journeys. Like so many other historical situations, scientific research and tourism became viable goals for travel as partners to the political or commercial competition to get to India in the 1500s, the Moon in the 1960s…or Mars in the 2000s.

In the grand scheme of things, we have all the time in the world to make this happen! 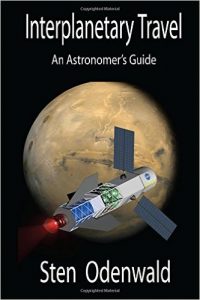 For more about this, have a look at my book ‘Interplanetary Travel:An Astronomer’s Guide’, for details about resources, rocket technology, and how to keep humans alive, based upon the best current ideas in astronomy, engineering, psychology and space medicine. Available at Amazon.com

Check back here on Friday, December 30 for the next installment!